Top 10 Truths about Running Injuries that Might Surprise You

How do I prevent Running Injuries?

Running injuries have long been associated with biomechanical factors such as excessive impact forces and excessive pronation.  Recently, many so called experts have made a giant leap of faith and proclaimed that heel-toe running has more impact forces than forefoot running and therefore must cause more injuries.  In fact, these reports are erroneous. It is also interesting that roughly 6 years ago a barefoot running movement occurred.  The barefoot enthusiasts proclaimed that since shoe companies have been making both cushioned shoes to reduce impact forces and stability shoes to reduce pronation…..and neither has resulted in a reduction of running related injuries that they could then rightly claim that barefoot running would be appropriate, would “strengthen” runners feet and prevent running injuries! Whew!  Well, they were wrong too.  In fact, actual scientific studies (not some dudes blog…..studies that have actually been published in scientific, peer reviewed journals) have tended to refute the long held notions that impact forces alone or over pronation cause running injuries.  It has always been our contention that if you run too far or with too high intensity……without enough recovery time….. you WILL get injured.  Not if but when.  No shoe, sandal, lack of shoe, thick shoe or any other device put forth by a running company will ever change that truth, nor will stretching before or after running or icing before during or after running.  Check out the Top 10 Truths that have been accepted by the scientific community regarding running but that the general public (which includes MOST doctors) still believes.

62% of Elite runners are thought to be heel strikers!

6. The paradigm that excessive pronation causes running injuries has been disproven. What does it mean?  It means that when you go to the local running shoe store to have your gait analyzed…..and they are looking for pronation…..it is irrelevant and frankly BS because if you ask the employee “How much pronation is too much” followed up by “How many degrees of pronation am I pronating and how many degrees will the shoe you sell me prevent” you will see a “deer in the headlights” look.  The fact is, if over pronation does not cause running injuries then who cares if you pronate a lot or a little and whether or not you wear a neutral shoe or a stability shoe.  Current research is looking at velocity and acceleration of movement as a possible contributing cause of running injuries. 7. Studies have shown that 50% of runners when given a stability shoe will actually pronate more than they did in a neutral shoe! What does it mean?  It means that people do not like to be pushed around.  Think of it this way……if I was to raise the heel of your shoe to a ridiculous height you would either fall forward or you would lean back to change your center of gravity and maintain your balance.  This is what happen with shoes.  50% of runners will actually do the exact OPPOSITE of what the shoe is attempting to force them to do!  There are 3 variables when considering shoes or orthotics. Effectiveness (do they help), practicality (are they appropriate, do they fit) and comfort.  Research has proven that COMFORT IS KING! 8. A shoe or orthotic must be comfortable or else it will not be effective.  What does it mean?  It means when trying on shoes forgetting about the “gadgetry” of the shoe and focusing on whether or not it is comfortable.  If we are talking about an orthotic, make sure it is not only comfortable but it must also be practical and fit in your shoe well. 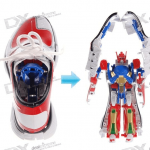 9. Contrary to popular belief ice is not a scientific approach to treating injuries. In fact there is a relative lack of scientific data to support the use of ice in the treatment of running injuries!  Here is the partial conclusion of a recent study “Based on this review by Bleakley et al1 and a similar review by Hubbard et al,6 the methodological quality of clinical trials of cryotherapy is poor. Most of the studies were conducted years ago. Additionally, with cryotherapy research, it is not possible to blind subjects to the exposure to cold and thus score 10 on the PEDro scale. However, scores higher then 5 should be achieved. Assessing the quality of the randomized, controlled clinical trials is important because of evidence that low-quality studies provide biased estimates of treatment effectiveness.7 Despite the general acceptance of cryotherapy as an effective intervention, evidence on which to base these conclusions is limited. Only with strong randomized, controlled clinical trials will we know the true efficacy of cryotherapy.”  What does it mean?  It means all of the well intentioned but misinformed doctors and friends that keep telling you to ice are simply ignorant to the facts of how to properly care for your injury. Three is little to NO science regarding icing for running injuries

10. Stretching probably does not PREVENT injuries! Stretching was a long held method that runners thought would help them prevent injury.  Research has said otherwise.  In fact, in some instances static stretching can even decrease performance!  What does it mean?  Advocates of stretching have had to come up with a new term called “dynamic stretching”.  Dynamic stretching is also known as “warming up” and has been around forever.  How do you warm up before running….try jumping jacks, knee bends and calf raises for starters…..basically anything that warms up the muscles, tendons or joints in preparation for your activity will decrease your risk of injury. Stretching may not prevent injury and may actually decrease performance!

If you require further information on running injuries please email info@sdri.net or to schedule an appointment call 858-268-8525